WHY BOOK WITH US?

Direct Express Train
The ride will take 15 minutes from the City Air Terminal (Makkasan) train station. This service will connect to the city’s mass transit subway system. Passengers will have the opportunity of checking in their luggage at the City Air Terminal, before boarding the express train to Suvarnabhumi airport.

Please note: For the time being flights and luggage check-in services are not available but it will be at a later stage.

It costs 100 THB per person for a non-stop trip between Makkasan and the airport. The fare will rise to 150 THB from January 2011 onwards

City Link Train
The ride will take 30 minutes to travel the 28 kilometers (17 miles) to the airport, making six stops along the way throughout the city, and linking with both the Subway (MRT) and Skytrain (BTS) systems in Bangkok.

Getting To The Hotel:
Upon arrival, head to the airport rail link located on the basement level of Suvarnabhumi Airport. Citrus Sukhumvit 13 guests are recommended to purchase the Express Line ticket to Makkasan station, and then from Makkasan station we would suggest that you take a taxi directly to the hotel, which is about a 20 minute ride depending on the traffic. 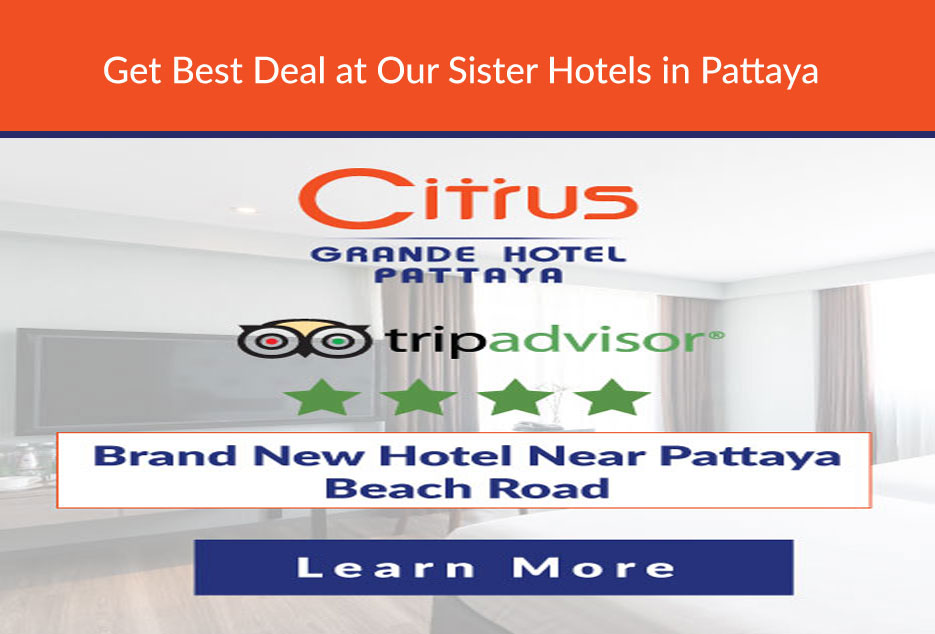